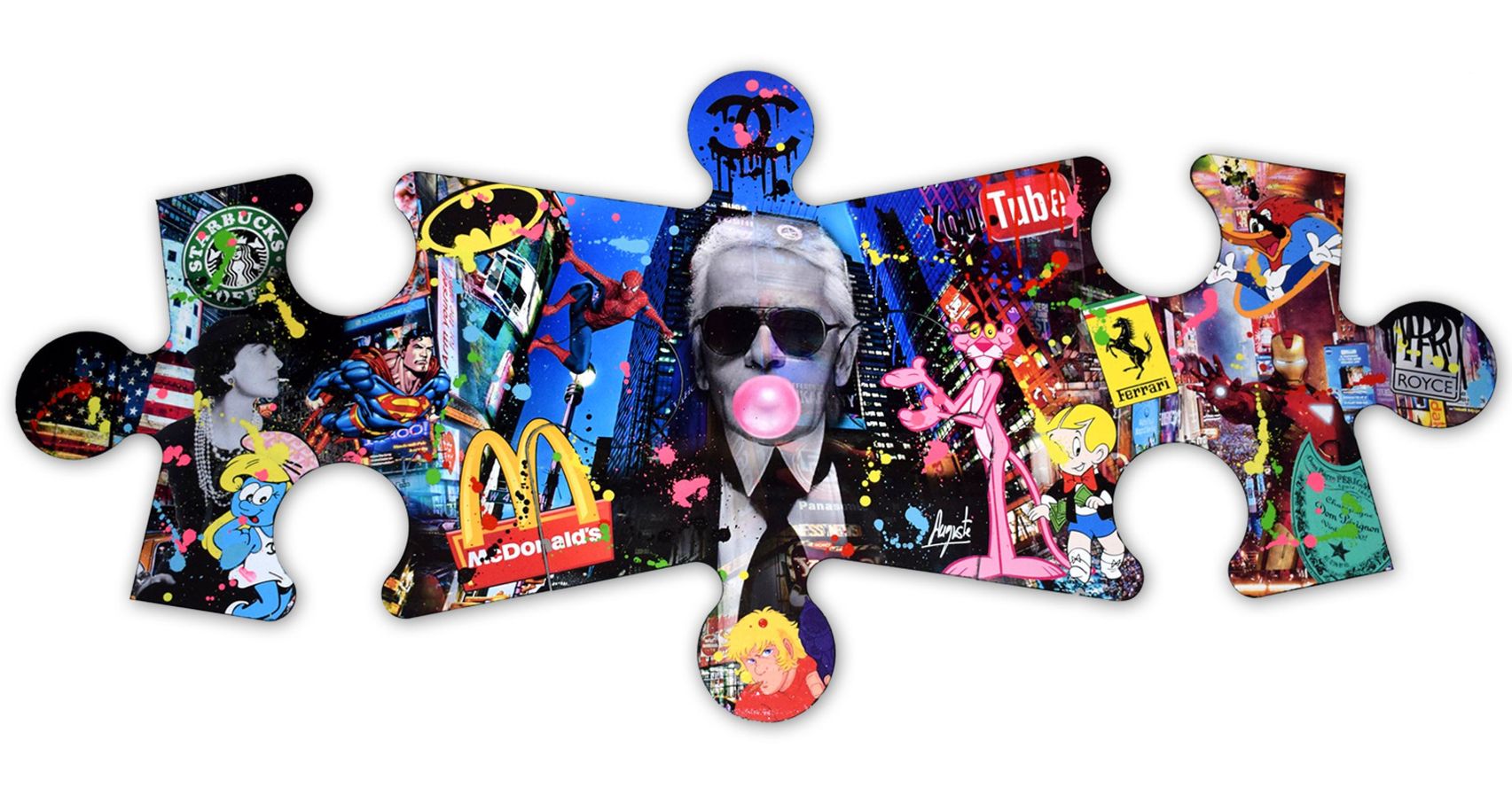 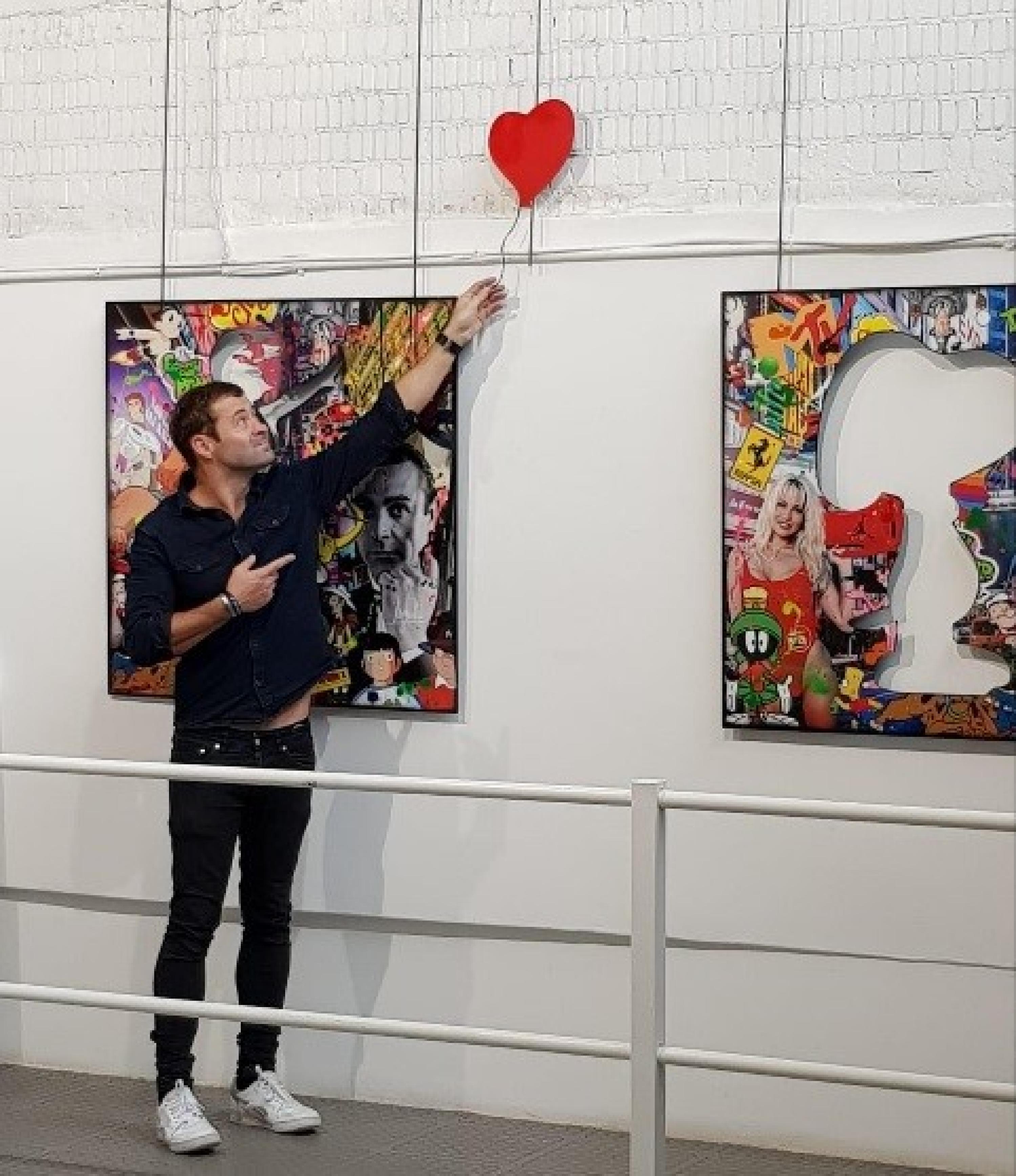 Auguste was born in Bordeux, France in 1977. Although he did not study classical art, he pursued his artistic interests during his studies. Since 2014, he has been exclusively pursuing his artistic activity and has since been present in renowned galleries worldwide as well as at international fairs.

Auguste's medium is aluminum in combination with digital collage and acrylic paint, on which he stages the heroes of his childhood and youth. His works are often diptychs. In this case, pictorial elements in the main work - for example, comic figures such as Mickey Mouse or Paul Panther - are omitted and placed next to them as punched-out figures. Or the work itself is composed of several parts that have the shape of puzzle pieces. In between, the artist arranges brand names of well-known companies, before he gives his works a special high-gloss finish with car paints from Aston Martin or Lamborghini. Auguste's collectors include celebrities such as Leonardo Di Caprio, Andre Agassi, Raphael Nadal and Kim Kardashian. 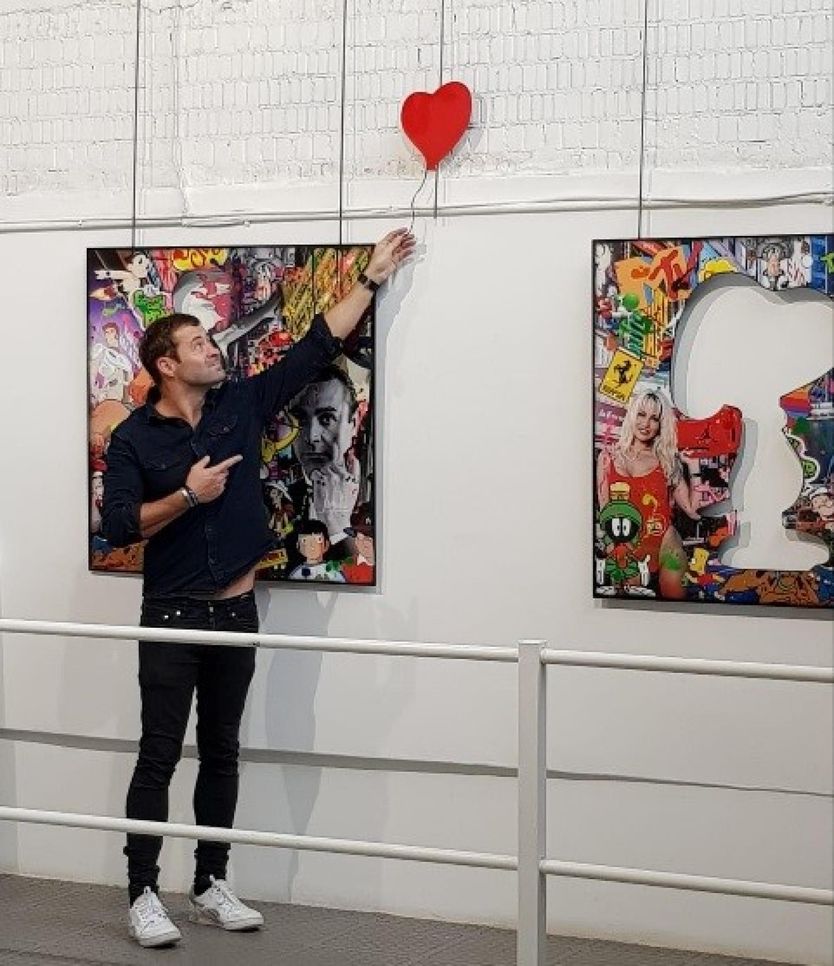 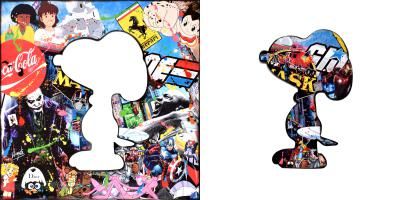 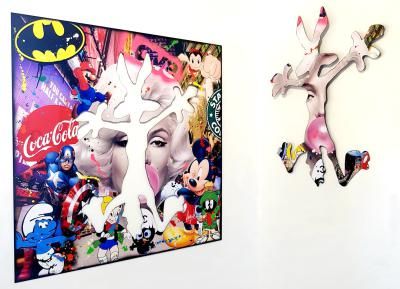 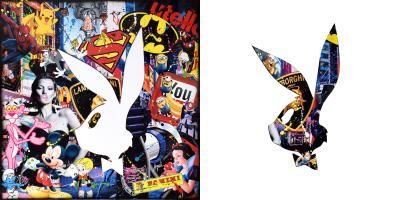 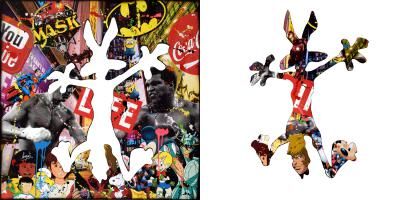 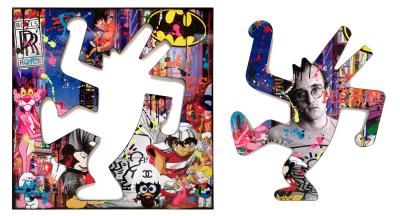 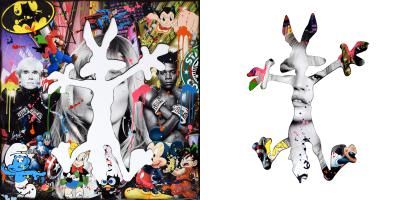 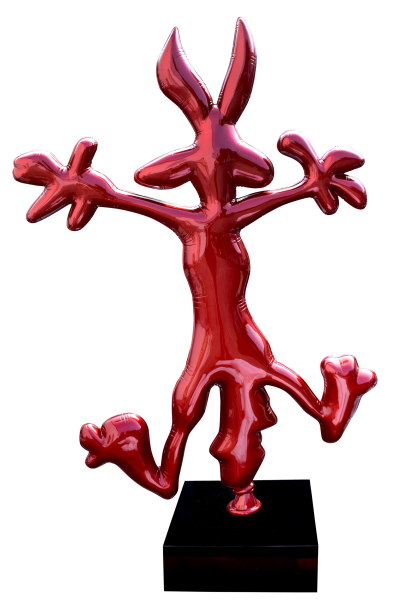 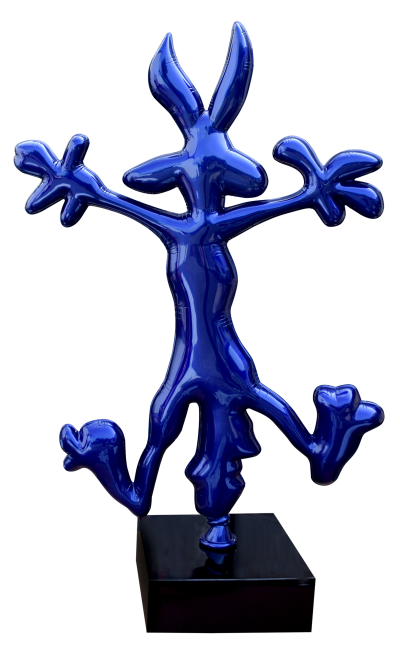 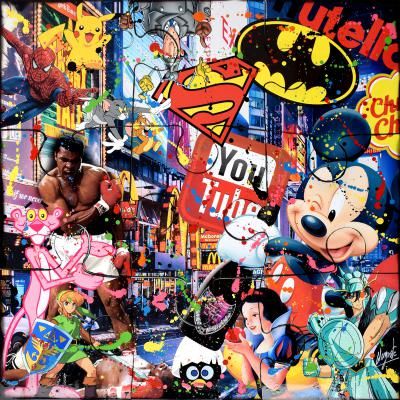