Mr. Brainwash is the pseudonym of filmmaker and street and pop artist Thierry Guetta. Born in France, Mr. Brainwash now lives in Los Angeles and has been taking his pop art to the streets, galleries and canvases for about a decade. Equipped with spray cans, brushes and paint buckets, Mr. Brainwash began conquering the streets and building walls in 2006 with stencil graffiti (stencils) and posters of icons and cult figures, and quickly became one of the standouts of the emerging street art scene.

Mr. Brainwash's first solo exhibition, "Life is Beautiful," took place in Los Angeles in the summer of 2008. The three-month show saw a total of 50,000 visitors. In 2010, he had his first and largest solo show to date in New York. In the same year, the much-discussed documentary film "Exit Through the Gift Shop" was released. The footage was shot by Mr. Brainwash and directed by fellow street artist Banksy. The film was nominated for an Oscar and won numerous awards. Mr. Brainwash made his debut in the UK at the 2012 Summer Olympics in London. There, the artist decorated a 6-story office building with a mural of Queen Elizabeth II holding a "Union Jack" spray can in her coronation attire. Attracted by this, crowds flocked to the Mr. Brainwash exhibit. By 2013, Mr. Brainwash had become one of the world's most sought-after artists. The world's biggest pop stars, such as Madonna, Red Hot Chili Peppers, The Black Keys and Rick Ross, hired Mr. Brainwash for their album covers. Mr. Brainwash caused further spectacular media events in 2014, for example, when he appeared on Jimmy Fallon's "The Tonight Show" with British pop wonder Rita Ora. In honor of the victims of 9/11, Mr. Brainwash demonstrated his love for New York through one of the largest mural installations he has ever tackled. His mural, which covered an entire city block across from the new World Trade Center, became a monument to the memory of the victims of that horrific event for New York residents and visitors alike.

Numerous well-known brands rely on the arts of Mr. Brainwash. Swiss luxury watchmaker Hublot is a case in point. These partnerships often benefit those in need, such as the Children's Cancer & Blood Foundation or Free Arts NY, which the artist supports. Mr. Brainwash is different from many artists of today. His exhibitions are journeys or better: self-guided tours through a pop culture wonderland that is colorful and beautiful. His art is a pure sensory experience, his works are timeless and reflect human longings. His call to us all is "Follow your dreams!" 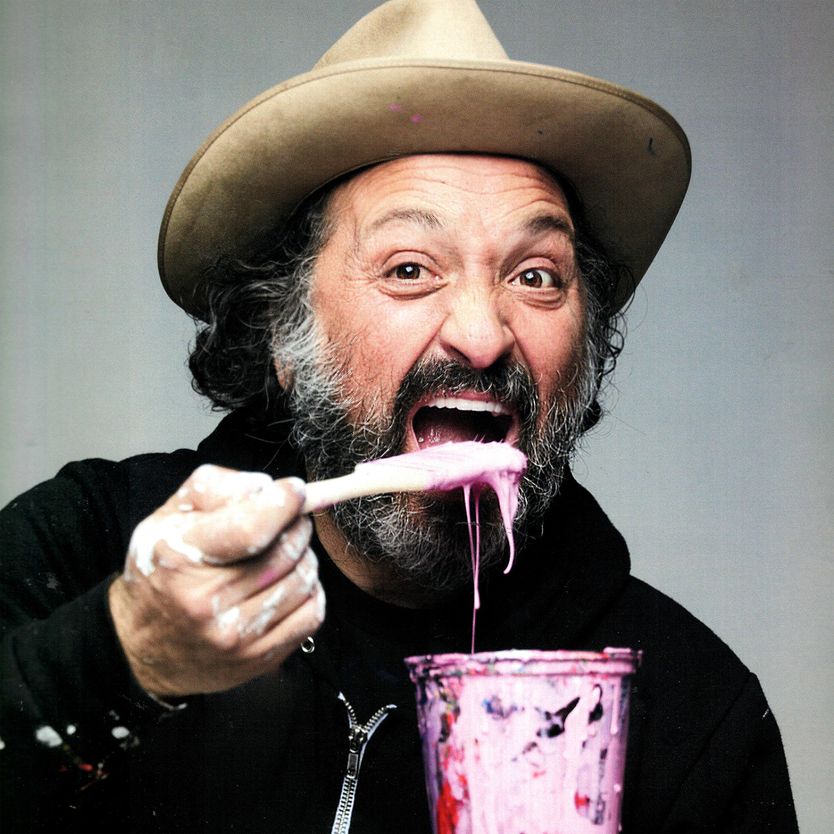 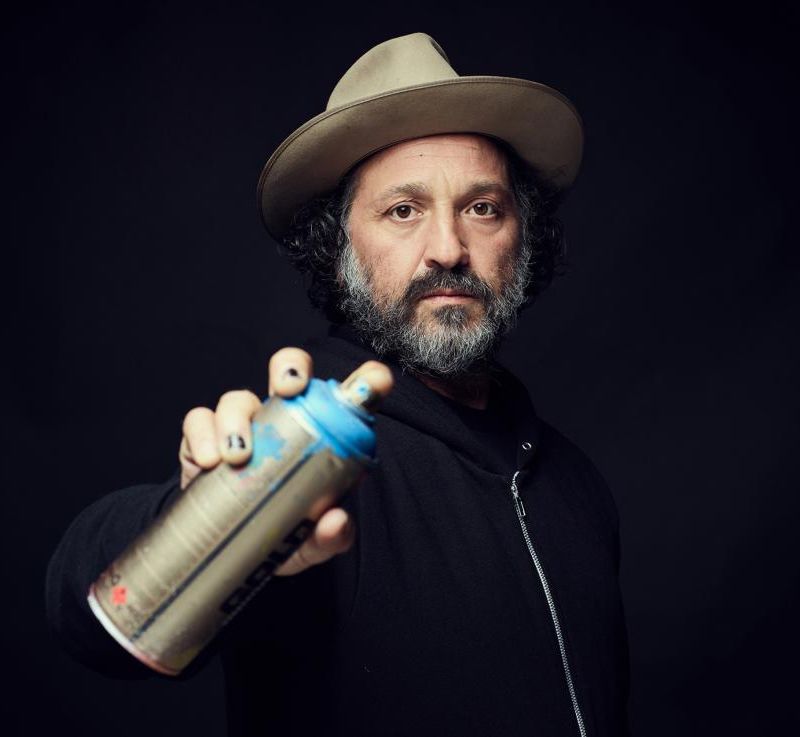 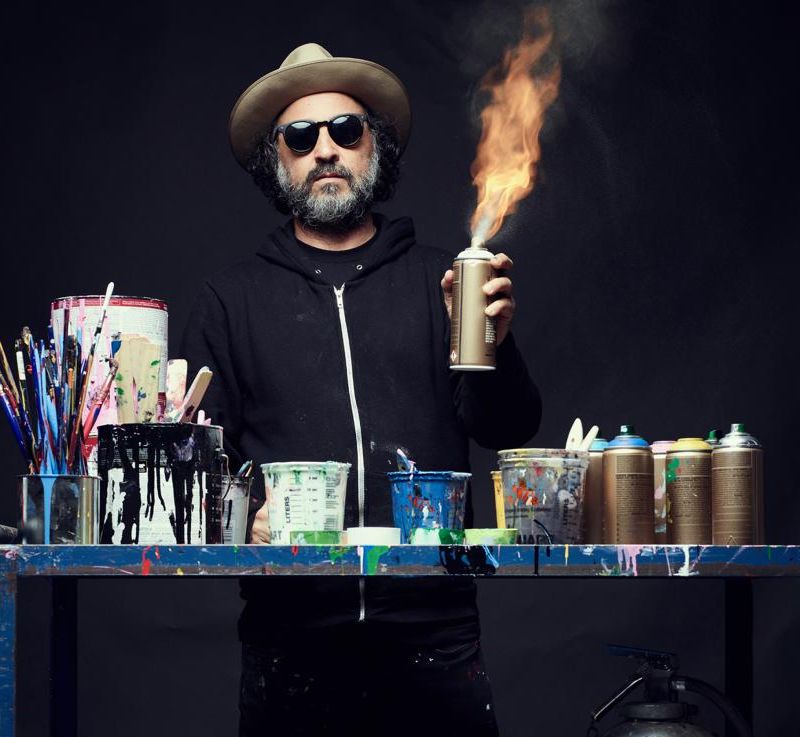 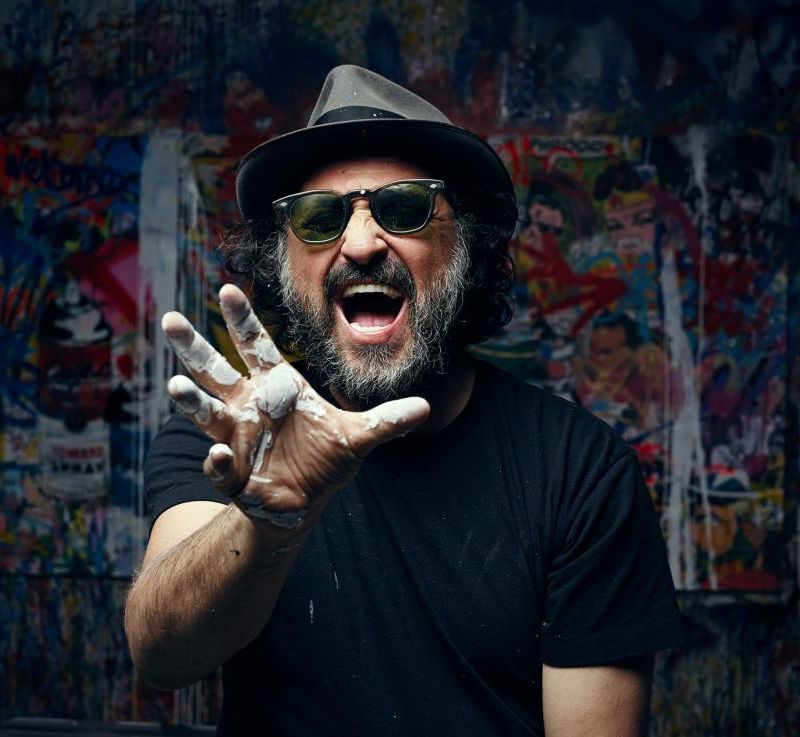 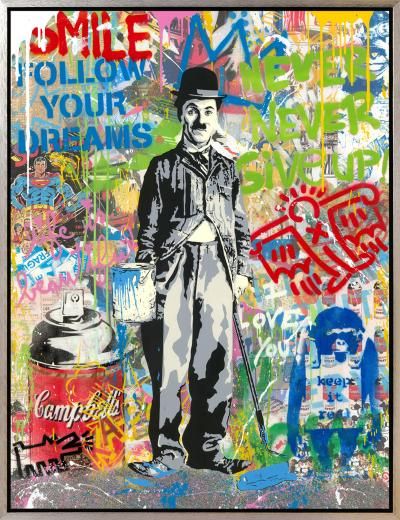 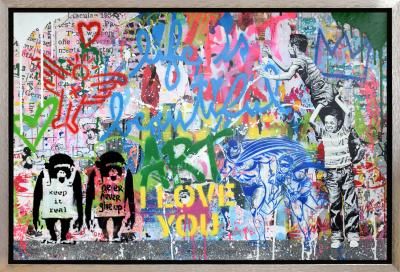 Never, never give up! (with Chimpanzees) 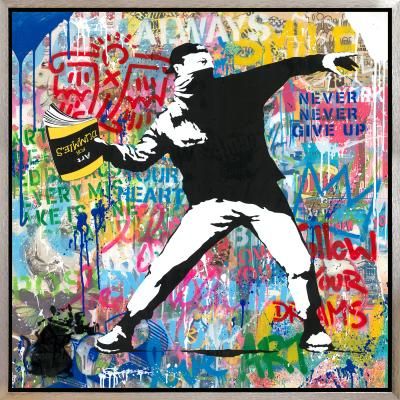 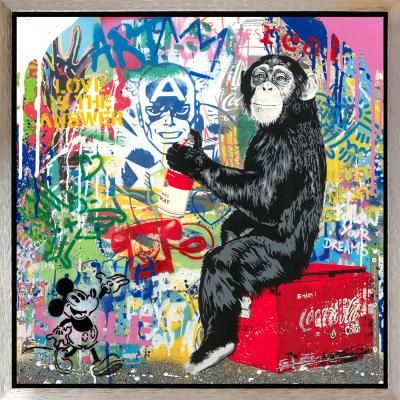 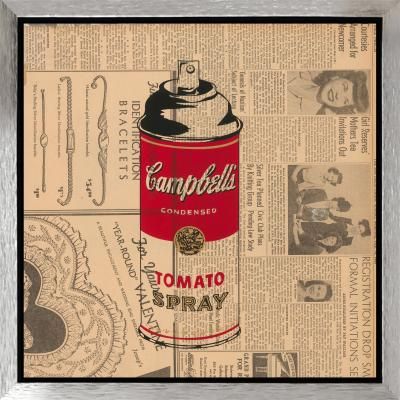 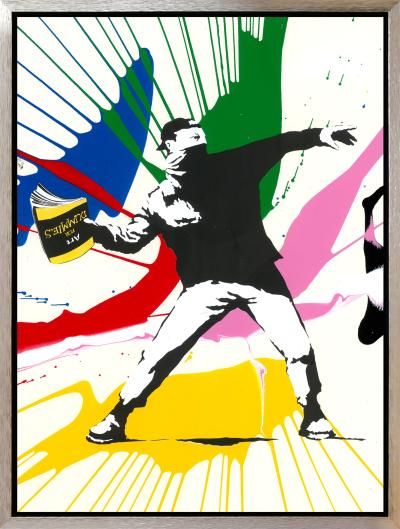 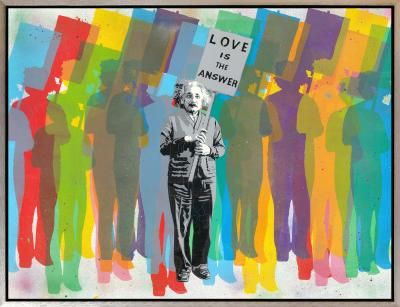 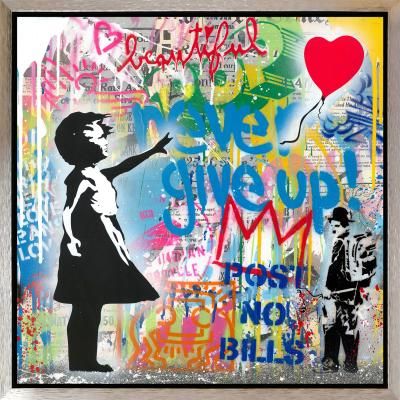 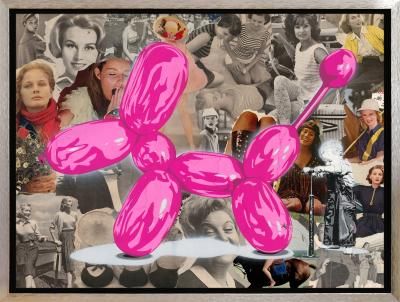 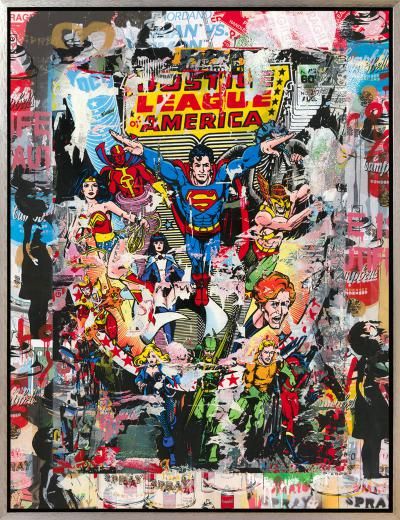 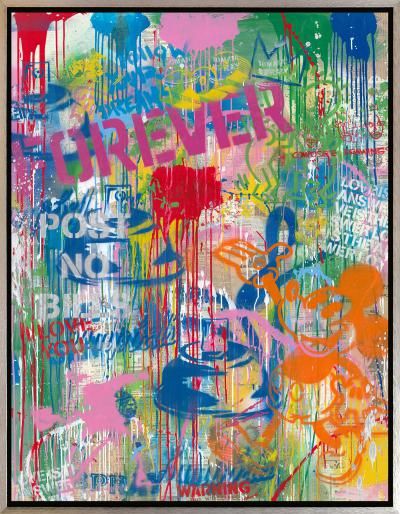 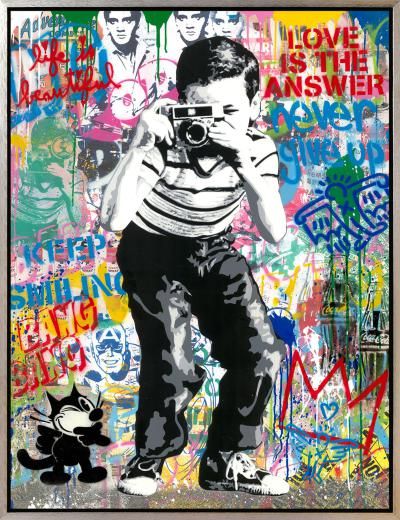 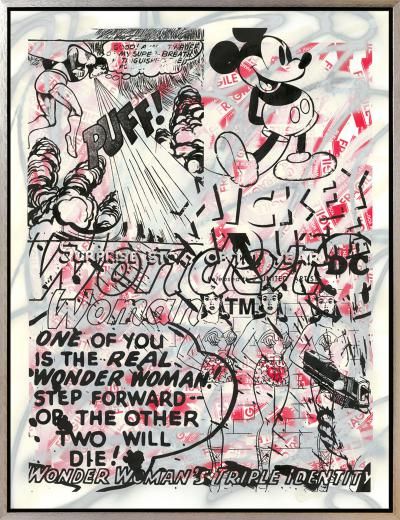 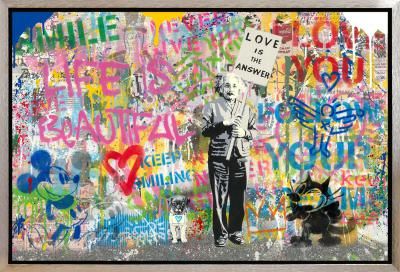 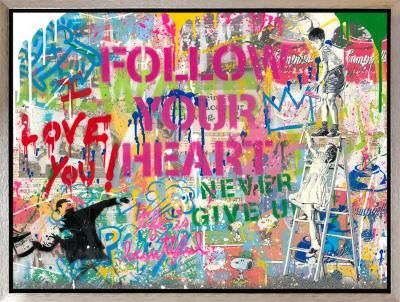 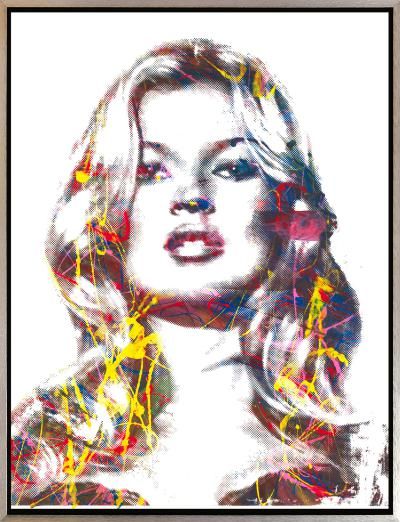 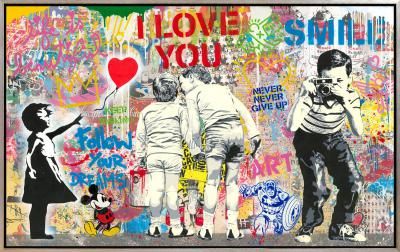 Pop Wall (I love you) 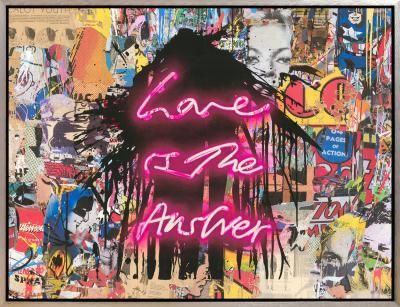 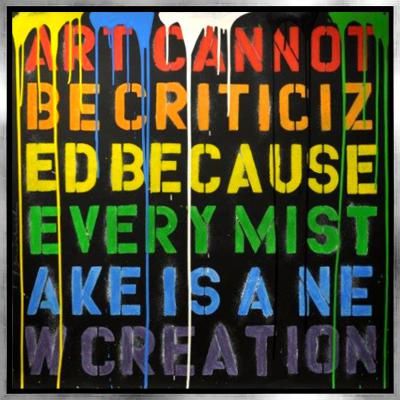 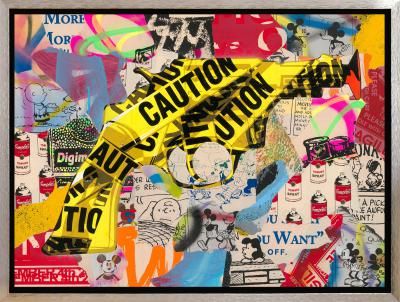 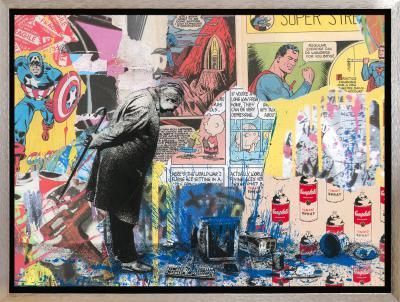 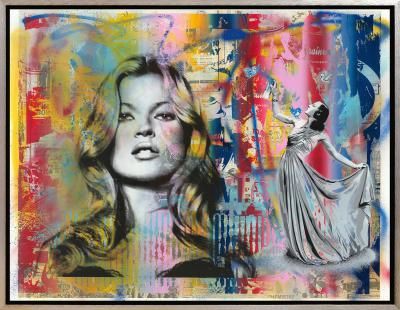 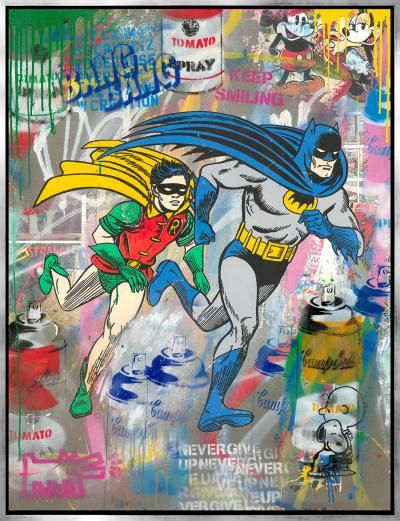